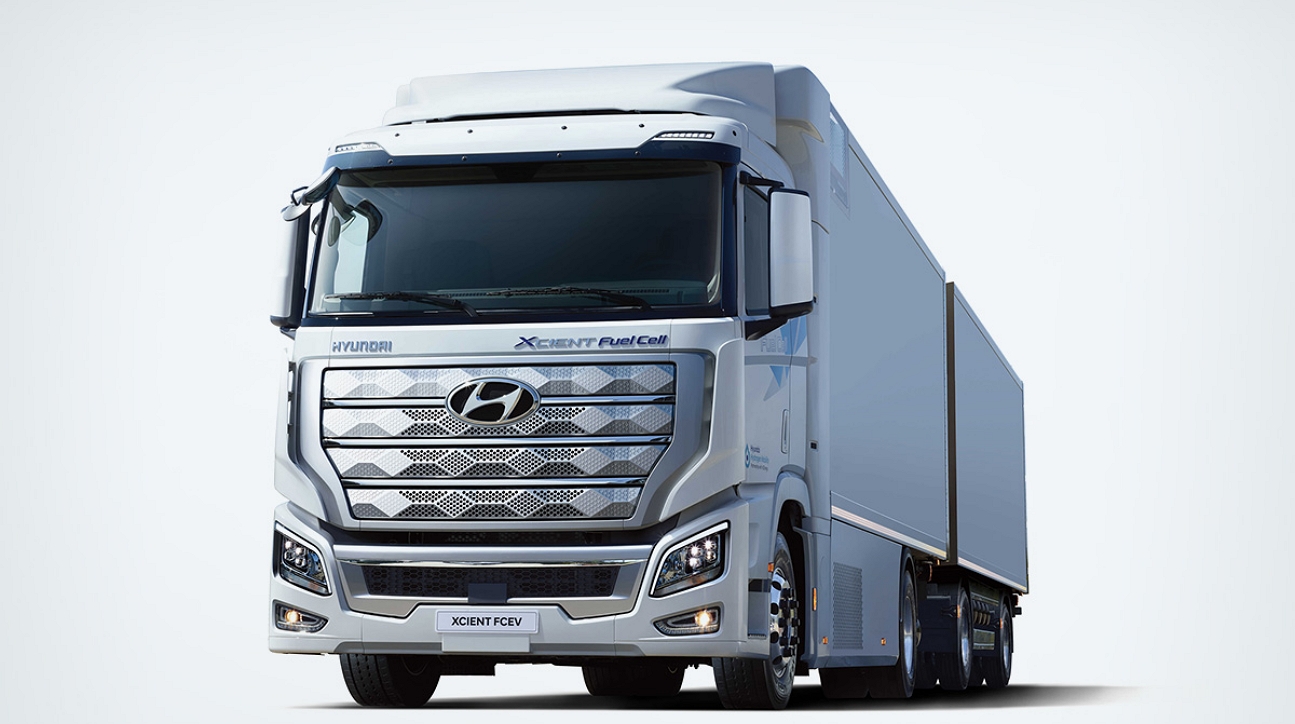 The company also signed a separate MOU with China Iron and Steel Research Institute Group (CISRI) and Hebei Iron and Steel Group (HBIS Group) for an equivalent aim in Jing-Jin-Ji area as it introduced Hyundai XCIENT Fuel Cell heavy-duty truck for the first time in China at the 2020 China International Import Expo (CIIE).

“Hyundai believes China has a massive potential for hydrogen powered commercial vehicles,” said In Cheol Lee, Executive Vice President and Head of Commercial Vehicle Division at Hyundai Motor. “The company is committed to becoming a FCEV solution provider by creating a business cluster across the entire hydrogen ecosystem in China.”

Through the MOU, the four parties aim to construct a cost-competitive and highly efficient business model drawing on each company’s respective expertise, supplying more than 3,000 fuel cell electric trucks in the Yangtze River Delta area by 2025.

Another MOU with China Iron and Steel Research Institute Group and Hebei Iron and Steel Group is aiming to build a cooperative system for hydrogen mobility in the Jing-Jin-Ji cluster. As a home to the country’s major steelmakers, the cluster boasts a stable and abundant supply of by-product hydrogen. It also has high demand of heavy-duty trucks due to heavy freight volume in the region.

Through this MOU, the CISRI is responsible for providing technology related to hydrogen storage, transportation and refueling as well as support for the construction of hydrogen refueling stations. HBIS Group will supply hydrogen using by-product resources and identify sources for fuel cell commercial vehicle demand while Hyundai Motor will develop and distribute hydrogen electric trucks suitable for the needs of the local market in cooperation with a local commercial vehicle subsidiary.

Hyundai is cooperating closely with its Chinese partners in line with the Chinese government’s fuel cell roadmap, which aims to have 1 million fuel cell electric vehicles by 2030. Hyundai’s goal is to supply over 27,000 FCEV units in China by 2030 as the company plans to further strengthen its position as a leading global FCEV technology brand through this multilateral cooperation in China.

Hyundai Motor last month successfully handed over the first seven units of its XCIENT Fuel Cell, the world’s first mass-produced fuel cell electric heavy-duty truck, to customers in Switzerland, with a total of 50 hitting the roads there this year. The delivery of XCIENT Fuel Cell marks the official entry of Hyundai’s commercial vehicles in the European market, a touchstone for the company’s expansion into the North American and Chinese commercial markets.